Prayer in Tampa
I received this story in an email from the St. Petersburg times and it prompted a letter to the editor. I have my doubts that they will run it, but I at least wanted to share it here.

Here is the gist of the article.
People who oppose starting government meetings with invocations pleaded with City Council members Thursday to end the practice.
"I'm not sure you realize how repugnant and degrading your opening prayers are for those of us without superstition," said Frank Prahl. "Why should you waste your time and insult people who don't believe as you do?" You can read the rest of the story here.

The following is my response:
Subject: Prayer before council meetings
I don't live in your area. I read the story online and thought it amusing. The same people that feel they have a constitutional right not to be offended (still not sure where that came from) have absolutely no problem calling my deeply held religious beliefs as "superstition." It's the peak of hypocrisy and to be quite honest it offends me, but that's okay. The bear about free speech is also it's greatness, i.e. people are allowed to say offensive things without fear of reprisal. That is apparently unless they are Christian.

Were I to find myself in a non Christian country, I would be neither surprised nor offended when people talk to a god I don't believe in. I simply wouldn't join in and instead pray to the one I believe to be the one true God. Some may be offended by that statement and the great thing is, that's okay because as adults in a country with treasured free speech you are free to disagree with me and most likely your faith calls you to pray for me unless you happen to be an atheist in which case you think I'm superstitious so ignore me. (Incidentally the irony is Atheism requires the most faith of any faith.)

Around 80+ percent of the population of the United States professes to be Christian. Does that mean the Christian population should be bullies? Absolutely not we are called to love our neighbors. However in every other aspect of our nation's policies, the majority rules. As everyone else in the nation, we are guaranteed the right to pray to our God in public, and you are guaranteed the right to ignore us and not participate. None of us has the right to not be offended, the only way to change that is to deprive everyone of free speech. I'm not willing to give that up. Are you?

The new toon, AMOKM.A.D.
I've been creating daily as usual, just put out a new webcomic called Villains which can be seen at AMOKM.A.D. As well as set designs for Alpha Omega Players, worship paintings and more as well as creating a video about A.M.O.K. (below) and something brand new AMOKM.A.D. the comic. a three times a week web comic to promote awareness and raise funds for ministries. You can help by embedding the cartoon into your site. To embed it into your website copy the code found on the AMOKM.A.D. page.

Yes I know it's been a while since I blogged about it, but I am still creating something every day. I've done cartoons, worship paintings, written several sermons, an article and a series of lessons based on the new Casting Crowns CD for Interlinc, laid out a new arts ministry presentation and began doing some set design proposals for Alpha Omega Players presentation of the Wiz. One of the projects I am most excited about is a new online game I am creating called The Jesus Game that will help people to come to know more about Jesus and give them the opportunity to choose to follow Him. It will be a long process with a lot of work but Lord willing, it will come to fruition. What does 2010 hold for AMOKArts? Well that's in God's hands, but what I am planning is having several presentations to take on the road this year and the development of a digital magazine/curriculum for people who want to start arts ministry groups in their churches and communities. I am really excited about this. Basically it's a continuation of this challenge to create something new every day. Yesterday in prayer, I got a new credo I am going to follow. Pray, listen, do it and see what happens. 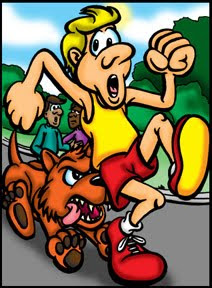 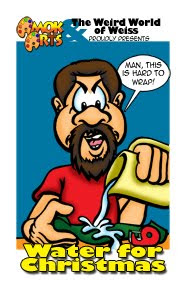 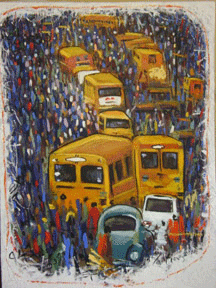 Hi everyone,
I wanted to share what I've been up to lately. For the last few months I have been creating a Christmas presentation called The Gift. I did the first two presentations this weekend at Mt. Wilson and Hempfield Church of the Brethren this past weekend. It went so well. For the Mt. Wilson presentation, I was joined by the Holy Motion Dance Team from East Fairview COB under the direction of Brisa Saks as well as Sarah Long another very talented dancer and minister. I will be presenting The Gift again (this time solo) at The Foundry Church in Wallingford PA next Sunday at 5:30 p.m. and again on Christmas Eve at New Creation (Reading, PA) at 6:30. If you're in the area for either of those presentations, please stop by.) I am also offering this presentation to other churches, so please feel free to contact me at amokarts@aol.com about it. It's a combination of art, video, a little theater and of course the Word of God. With a few alterations it could be done year round.

For years now we have been hearing about the struggles with finding and providing clean drinking water in Africa. Well I have found a ministry that is doing great things to help. They are called blood:water mission and I have decided I want to do something to help (each one should use whatever gifts he has received to serve others...right?) So I did a new AMOKMAD comic about their ministry called Water for Christmas. Go to http://www.amokarts.com/amokmad.html. As my way of sweetening the pot, if you give $50 or more to blood:water mission, send me the receipt (obscuring any credit card information of course) and I will send you a hand drawn cartoon of your choice.

Also on AMOKArts, I have a new video up just in time for Christmas called CHRIST! that talks about the name Christ and what it shows us about Jesus. The painting in this video is a copy of the one used in the presentation at Mount Wilson. You can see the painting on the front page at http://www.amokarts.com/home.html

While you're on the home page be sure to check out The Art of Akinwolere Muyiwa. Akinwolere is a young artist I met online from Nigeria. He is quite gifted and I thought it might be a great idea to expose his work to the rest of the world. The direct link to the gallery is http://www.amokarts.com/akinwoleregallery.html

Lastly there are three contests on the main page of http://www.amokarts.com, a cartoon caption contest, a create a cartoon for the caption contest and a contest for how to creatively teach a biblical concept contest. All entrants will receive a collection of ten presentation backgrounds I created and the winning entries in each contest will receive a custom background of their choice from me.

I'd appreciate your prayers as I continue to seek the Lord for ways to use my gift of art to spread the Gospel and edify the church. Please keep me posted on your ministry especially if I can be an encouragement to the artists in your congregation. You can contact me at amokarts@aol.com.

Wednesday, November 11 through Tuesday November 16, 2009 Catching up the blog
Well I haven't been blogging as much but I have been creating, and I mean creating A LOT! Wednesday was a day off for me and I used it to play catch up. I am working on two presentations that are both pretty labor intensive right now, but man is it fun!

For my one presentation, I am doing a story of an art collector who receives a very special gift. The story transfers to tell us about the greatest gift of all. It will consist of me painting a rather detailed painting live. Because of the detail I have decided to create other paintings on video to carry the message along as I paint my piece live. Because of the nature of the story I decided that rather than create original paintings. I would speed paint paintings that may have been in the collector's collection. Wednesday, I painted a speed painting of Picasso's Three Musicians and part of Monet's Water Lilies. Thursday I finished up Water Lilies and also finished a Van Gogh's Starry Night (which I started a little while ago) while discussing an outreach project with John Brown. (I've also been editing the videos together as I go.) Friday was a half day because I had a Dr.s appointment so I painted a rendition of Vermeer's Girl With Pearl Earring. Saturday was spent writing my sermon. Sunday I wrote a puppet skit, painted a worship painting in church and began working on Matisse's La Vis Paper Cutting piece. I finished the Matisse on Monday. This morning I arose with a great idea for the stage decoration for my friend Bob's Presentation in October. The Lord gave me all these ideas and I have been having a ball executing them. The classics are of course not as great as the masterpieces shown above, (I kind of doubt any of these great artists accomplished their pieces in an hour :D) but they are really helping me to appreciate how great these works really are. Eventually I plan on dividing the video I am making into each of the individual pieces because each one tells a story. I have one more piece to paint, Salvador Dali's Persistence of Memory, I hope to finish that in the next few days, along with a few other things.

What are you creating? 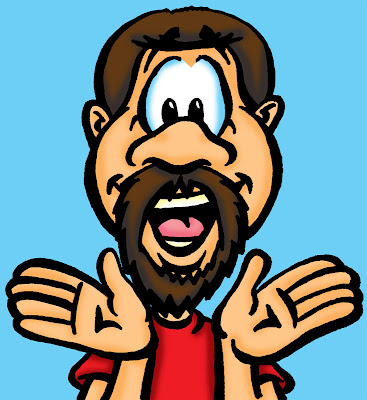 Friday, November 6 through Tuesday, November 10, 2009 Seeking direction
Finally finished the last aspect of the swine flu project that may or may not see the light of day. Went on retreat Friday night and Saturday, sought the Lord with my friend John about the direction for our combined arts ministry. It looks like it will go under the banner of Running AMOK and will be involving live public art creation combined with video to share the Gospel through the arts.
Saturday morning I sketched out a possible project for Running AMOK. Sunday was a great day at church, did some sketching in the afternoon, Monday and Tuesday included a few pieces for Cyberlight Comics for a promo piece for the site, (mine are pictures of the main character of my web comic The Weird World of Weiss...Me!) and another image for my friend Bob's presentation. 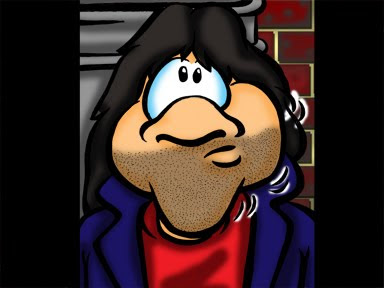 Thursday November 5, 2009 Quick image
This morning before work I prepared another portion of my video for my friend Bob's presentation. Here it is. Tonight will be starting my sermon and then tomorrow night off for two days retreat at Camp Swatara seeking the Lord on His path for my ministry with my friend and partner in "crime" John ( gifted artist with some pretty amazing left brain skills, hoping the Lord will help us organize the vision He has given).